The 4 Stages of Building a New Capability 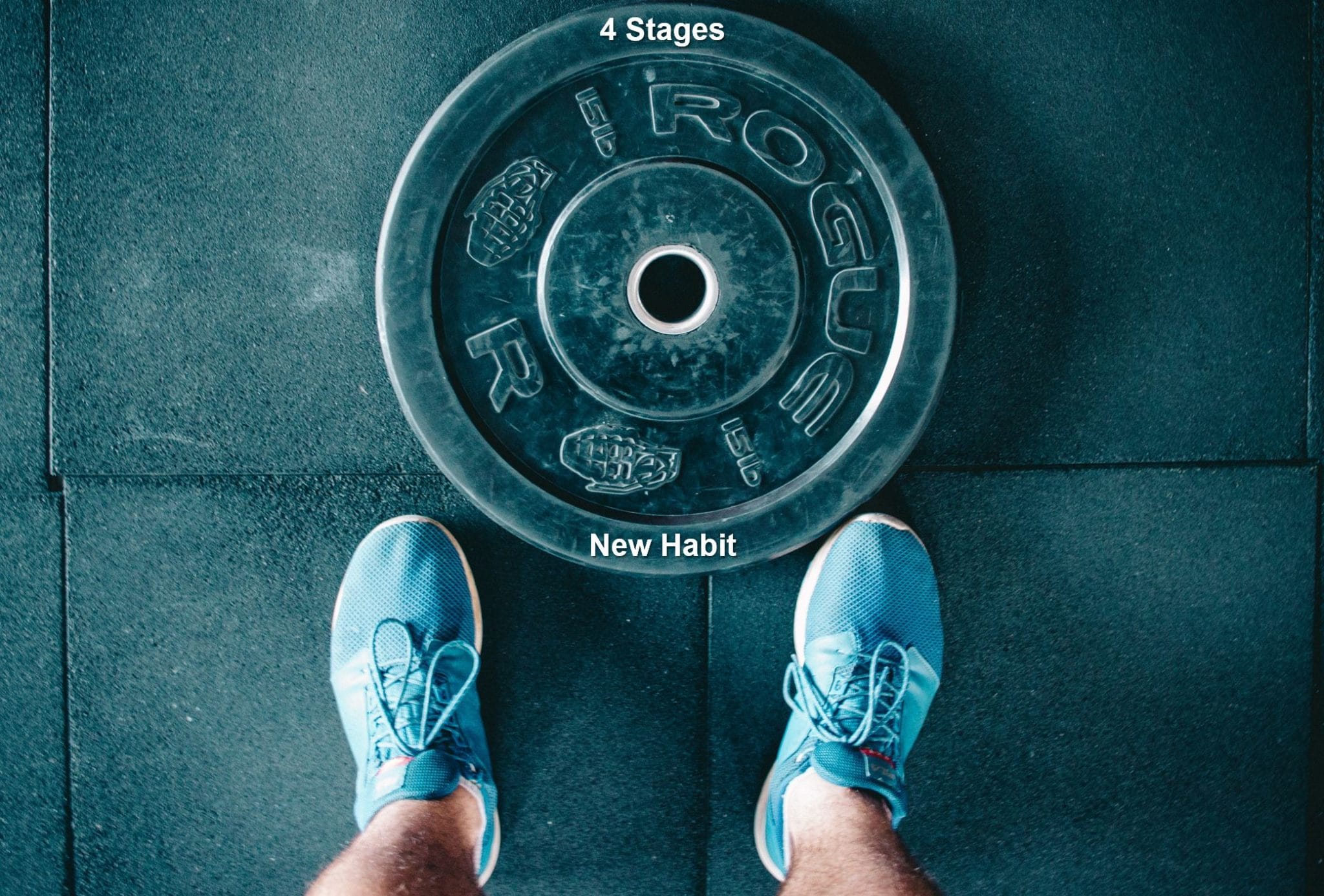 Building a new capability or skill can be a challenge – whether you’re a sales rep, sales manager, sales leader, or someone just getting back into the gym (quarantine workouts were nonexistent, at least for me). There has been a great deal of research done on what it takes to form a new habit or new skill. It’s a hot topic for many people, both personally and professionally.

At ASLAN, we’ve had over two decades of experience working with sales teams to develop new skills. So I decided to sit down with Tom Stanfill, CEO and Co-Founder of ASLAN, and unpack the 4 stages required for building a new capability.

If you’d prefer to take this topic on-the-go, you can listen to our full conversation on sALES with ASLAN podcast episode 106:

Why Does This Matter?

Frequently, when we’re in a leadership position and put on our “coaching hat” to develop our sales reps, we find ourselves reacting to the present moment. We see a gap, and we react to it. We bounce around, providing tips and insight, correcting issues and developing skills as we see fit. It’s extremely difficult to focus on one thing at a time.

We observe our reps in the field and see/hear 4 or 5 things we want to “fix.” In an attempt to make the most of our limited time, we end up sabotaging real progress by trying to address and develop everything at once.

However, the best approach is to step back and think about the process that we need to take sales reps through to actually cement success for one capability. Once we have that one skill on lock, we can progress to the next one and repeat that same process.

Think about a brick wall. You have to take the time to cement each brick in place, one at a time. If you haphazardly attempt to stack multiple bricks at once, eventually, one will fall out of place and the wall will be at risk of collapsing. There’s no plan or foundation. But if you build your wall one brick at a time, carefully cementing each brick in place, then managing the upkeep of that wall becomes so much easier.

The 4 Stages of Development

The next stage is to attempt the capability, and fail. Failure is the next step. It’s normal. Failure is part of success.  I wrote a blog about the importance of embracing failure in selling (and baseball) based on an interview we did recently with Art Shamsky of the ‘69 Mets World Series team. Why is this important? Because if sales reps understand that failure is simply part of the process, it no longer holds them back. They can learn to mitigate and limit failures by practicing in more, and different, situations.

The third stage (and this is where most people quit) is where sales reps see success fluctuate. Sometimes success comes, other times not. But we have to dig in our heels, finish the work, and keep pushing on to the last stage, the fourth stage, where it becomes a habit.

In stage 4, the capability has been developed to the point that it’s a habit.

Sales leaders, if you can get your team member(s) to stage 4, only then is it time to move on to the next capability and start the process again. If you do that, over time, your reps will be on autopilot. There’s always room to improve and enhance, but you’ll know that the habits are formed and the foundation is solid.

Sales leaders, one of the best ways to help your reps see that there is a gap is to ask questions. We call these GAP questions, Get At the Problem questions. The goal is to pose questions to your rep that highlight the problem.

It takes more work and more time, but it’s also more effective in the long term. We have to remember that we can’t force people to change. You can’t make them learn a new skill. They have to want to get better. This is why GAP questions are so important. If you can lead them to the promise-land through asking good questions, they will be willing to hear your input and receive coaching.

You can also have your rep spend time with other people in the company who are doing that skill very well. This will help them see the gap for themselves.

Stage 2 – Attempt the Capability and Fail

The next stage involves creating a safe environment for people to fail. One of the best ways to do that is by having your sales rep practice with you, the coach, or another teammate. You could even have them try out the new capability with an unqualified customer.

Whenever you’re learning a new skill, you’re going to fail. Expect that, don’t judge it. Failure is part of the process. Focus on quantity, not quality. Just have them keep practicing the new skill. Getting good at something takes time and repetition.

The key is to allow it, encourage it, and create the space for failure to happen.

The Difference Between Knowledge And Skill

Stage 2 is a great place to take a second and delineate the differences between knowledge and skill.

Capabilities are a blend of skill, knowledge, and talent. Talent is something you can’t develop – some people just have natural abilities within them. But there are skills you can learn and knowledge you can develop. Those are the things we work on as sales coaches.

Knowledge gaps need to be self-paced, owned by the rep. You can provide the resources for your sales rep to develop that necessary knowledge, but they need to lead that charge. Skills are what you practice together.

For example, if you’re working on Discovery, your rep needs to have certain knowledge about the Discovery framework and what questions they want to ask. They need to develop that piece on their own. But the practice, i.e. using those questions to lead a Discovery meeting, is something you can do together.

That’s an important distinction for when you’re working in Stage 2.

The third stage is where sales reps see success fluctuate with the new capability they’re working on. At this stage in the process, it’s easy to get complacent. The rep may think, “I got this. I’m done. Next.”

Or as a leader, you observe the rep demonstrating the new skill very well in a live meeting. But the question you need to ask is, “Is it a habit?” Is the brick firmly cemented on the wall? It takes time to build a habit, not just a few good attempts.

The time that it takes will vary based on the amount of time you can allocate to coach your rep. If you can really focus and work at it consistently, it could be 30 days. If you’re having very few touches, it will take more time. It could be 60 days. It all depends.

Until it’s a habit, your rep won’t automatically use that new capability on a sales call. You can’t be thinking too hard, or self-analyzing, right in the middle of an important meeting. You do what feels natural in that moment. You react. So it’s critical to keep working on that capability until it’s truly *cemented* as a habit. Keep working until it becomes instinctual.

If it’s not a habit, stay with it and keep working.

Stage 4 – The Capability is a Habit

Once the capability truly becomes second nature, it’s a habit. Get that brick cemented on the wall. Only then is it time to move on to developing the next skill.

It’s important to work on one skill at a time, one thing at a time, for real and sustainable success.

If you are a sales leader, you may want to check out our programs and tool for becoming a catalyst for change within your sales teams.