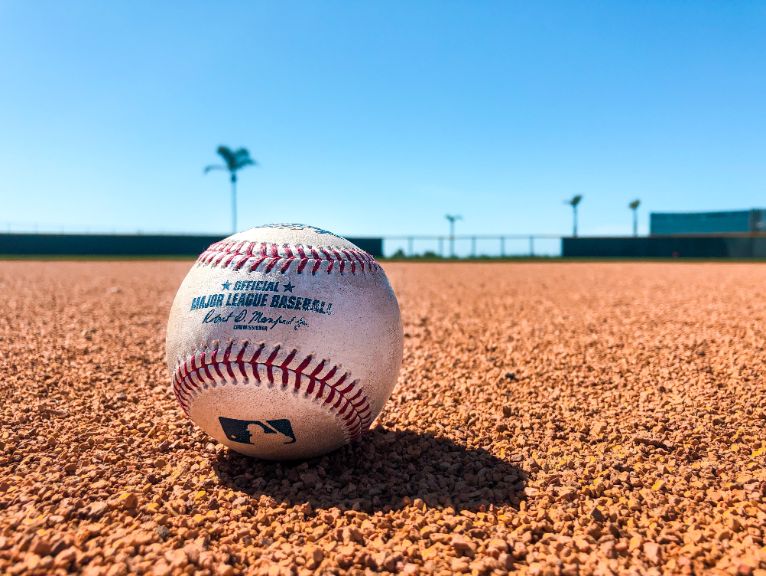 There are many similarities between selling and sports – many overlaps and common lessons shared, particularly between baseball and sales. As anyone familiar with ASLAN knows, we are big fans of sports analogies and references.

I was fortunate enough to sit down last week with Art Shamsky, former Major League Baseball player and member of the 1969 World Series Champion Mets team. We discussed the similarities (and high failure rates) of baseball and selling, as well as the highs and lows of both professions. I wanted to share our conversation and Art’s unique perspective on selling, baseball, and life.

If you’d prefer to take this topic on-the-go, you can listen to my full conversation with Art on sALES with ASLAN podcast episode 108:

The Parallels of Baseball and Selling

The truth is, the failure rate in sales is extremely high. If sales reps close 1 out of every 4 or 5 deals that cross their desk, they’re doing pretty well. And the same is true for baseball. I asked Art to elaborate on that idea:

Art told me that he always tries to encourage young baseball players to remember that failure is part of the game, and the important thing is to learn from those failures. Learn from each “at bat” or each sales opportunity, and use your experiences to develop your skills.

As Art says, you may face that same pitcher again, or find yourself in the same circumstance. No experience is isolated and no experience is complete failure – you can draw on each experience to tailor your approach for the next one.

As Art reflected on his baseball career and the many times he went to bat for various MLB teams, he told me that even in the moments he wished he had done more or done something differently, that learning process that he went through was invaluable. As he progressed into the later years of his career, he realized that even though failure is inevitable, it is part of finding ultimate success.

As I talked with Art about his experiences, I couldn’t help but see the great parallels for new, or even seasoned reps, facing objections and rejections as part of their sales process. Failing does not mean the game is over, it means you’re gaining knowledge and experience to help move yourself towards success. Keep showing up to the plate.

“The fact remains that baseball does teach you these wonderful things, and the failure rate is so high. But the reality is that if you can deal with those failure rates, you’ll be successful in any walk of life.”

Moving on From Failure

“Baseball is a great sport for learning teamwork. It builds humility, because you have to understand that you’re going to have failures.” And you have to keep playing through it.

When you fail at the plate in baseball, when you strike out, or when you fail to close a deal in sales, as human beings, we tend to carry that with us. In baseball, even after striking out with the bases loaded, you have to go back into the field and start playing defense. Or if you make an error in the field, you still have to run back in, ready for your next at bat. It’s tough to shake that. But you have to clear your mind and move on. In sales, the same circumstance happens all the time. After a terrible call with a customer, you still have to show up to the next one with a fresh mindset and desire to serve your other customers. You can’t carry each failure with you. But that’s hard to do.

At ASLAN, we call this “clearing your cache.” I asked Art what that experience is like for a professional baseball player.

He told me that for this exact reason, he always preferred to play first base much more than outfield. First base was much more action packed than the outfield, making it easier to focus on the current play, instead of mentally replaying your last at bat over and over again.

He stressed the importance of learning to push it aside, to focus on your next at bat, and to learn something from what happened, particularly if you’re facing the same pitcher again. In the major leagues, you face the same pitchers and players over and over again, and consequently, if you don’t learn from each at bat or from each time you’re out on the field, then you’re missing something. Of the players that Art faced or played alongside, he told me “the ones who were able to do that, to focus on the next at bat as well as learning from the last one, were the most successful.”

Art also shared a great story with me about playing in a game against Hank Aaron. Art was playing first base, and Hank got on first. At that moment, during a brief pause in the game, Art worked up the nerve to ask him, “How does it feel coming to the ballpark knowing you’re going to get 3 hits every day?” While this may have been a bit of an exaggeration, Hank was that good in everyone’s eyes. Hank Aaron replied to Art very casually, with something along these lines, “I don’t know if I’m going to get 3 hits today, but if I don’t get them today, I’m probably going to get them tomorrow.”

To Art, this reply told him that Hank Aaron didn’t worry about every single at bat. He’d learned to learn from each play and then focus on the next. He had enough confidence in himself to play each game with a fresh perspective.

With all that said, Art went on to share that he believes everybody (no matter how great or how green) worries about their performance and how to get better. There’s always going to be pressure, but you always have to learn from your experiences – whether you’re in sales facing rejection and disappointments, or in sports, having good and bad games. That’s the nature of sports and that’s the nature of life. Things happen, but you have to learn from each experience and each at bat. It’s all a learning process.

I also had  Terri Burkhart, a fellow ASLAN employee, join the interview with her father, Art. I asked Terri to share her perspective on the parallels between her career in sales and her father’s professional career in baseball:

“I don’t remember a time when I was sat down and taught a lesson, but I think it was the modeling that he did – just to persevere and to strive to be the best that you can be. But you know, the one thing we don’t talk about is really that my father is the kindest person, he’s got the biggest heart. And truly, you can think of other people, and you can have a good heart, and still be extremely competitive and successful. And he taught me those things, which helped in life, more so than sitting me down and saying ‘This is what you need to do and this is what you need to know.’”

Art also couldn’t speak highly enough of the importance of friends, family, and teammates for weathering the highs and lows of any career or profession. Inevitably, people will take work home stress home with them or carry those feelings of failure from a bad game. But having a support system is essential for maintaining your ability to perform and succeed. It gives you strength. Art told me, “Without good friends and without supportive family, it’s very difficult. I can’t emphasize that enough.”

Art shared many more stories with me on the podcast, so if you’re interested in hearing those insights and tales from the 1969 World Series Mets team, please check out the full episode here. Art even showed us his World Series ring, telling us “I wouldn’t change it for anything to have been part of that team.”

You can find Art Shamsky on Twitter, or read more about his life, experiences, and legacy in the MLB in his two books, The Magnificent Seasons: How the Jets, Mets, and Knicks Made Sports History and Uplifted a City and the Country and After the Miracle: The Lasting Brotherhood of the ’69 Mets which hit the New York Times Bestseller list.

Art is a do-er. You can tell he doesn’t take anything for granted, staying busy creating new projects and coaching young baseball players. “You just don’t want to fade into the sunset,” he told me. He’s still very active, making personal appearances and has even started his own podcast.

It was an absolute pleasure to share some time and conversation with Art Shamsky and I’m glad to be able to share his insights with all of you.