The #1 Sales Lesson from Kramer 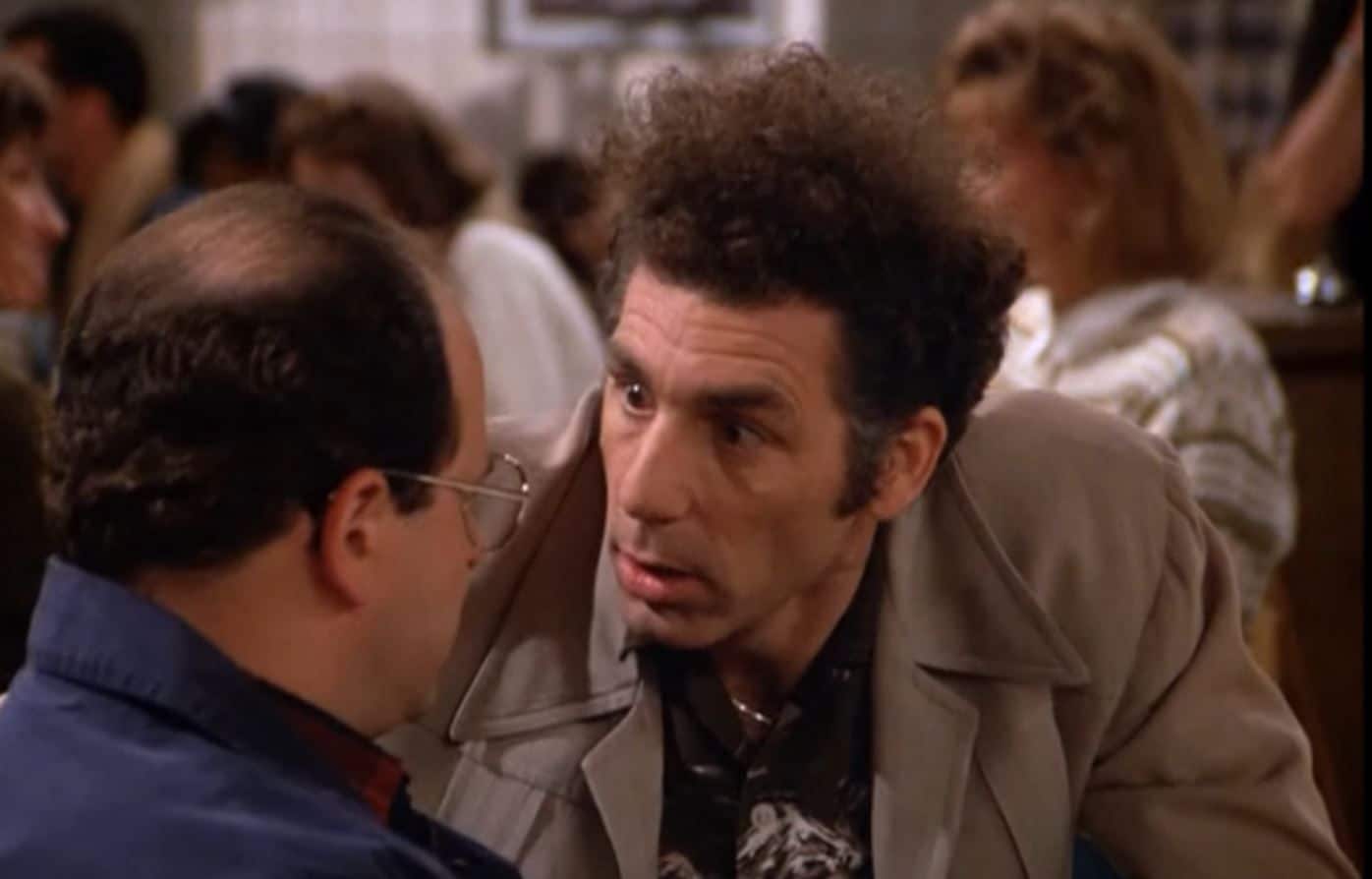 Those of you who remember that old 90s show, Seinfeld, will appreciate this story. In one early episode, “The Keys,” Kramer tries to convince George to move to California (check out the clip on Youtube). Kramer has the “acting bug” and wants George to join him as he pursues his new passion. But when Kramer floats the idea by George, he vehemently resists. In George’s mind, he is living his life to the fullest and has no reason to leave New York. This is where the selling begins for Kramer.

What would you do if you were trying to convince someone to move to California?

Would you focus on the benefits of the weather, the life, etc.? Do a SWOT analysis on LA vs. NY so you can come up with your positioning strategy?

That wasn’t Kramer’s approach, and I think we can all learn something from the way he influenced George to rethink his position.

We pick up the scene after George has passionately declared his lack of interest in relocating because of his wonderful life in NY. “I’m not wasting my life (in New York). I am LIVING my life,” he states – pounding the table at the famous diner. But Kramer doesn’t push back. He just calmly leans across the table and begins asking a few questions about George’s life as if to honestly collaborate on whether or not George should reconsider:

As George begins to answer those questions, “no”…”no”…”no”…”no”…” and “no,” his whole demeanor changes. He goes from passionately defending his position that his life is amazing, to “I have a huge problem.” Because of Kramer’s questions, his hidden or unconscious problems become a felt problem.

Granted, it’s a TV show, and Kramer is probably a bit insane, but this is a great illustration of what most of us miss when determining our Discovery Objectives – the list of problems we solve.

See, Kramer had a clearly defined list of problems he wanted to explore: lack of life purpose, job, relationships and money. And by having his list of problems defined, he knew where to focus when the person he was trying to influence was unaware of the problem.

So, let’s apply it to your world.

What problems do you solve? Your product/service/solution was developed to solve very specific problems. Those problems can be identified and listed.

Do you have the list? If so, do you know which problems are typically unknown by the decision maker, due to a lack of experience, or ignored when considering the best solution? If not, this is the most important category to define.

When you expose hidden problems, you send a clear message to the decision maker who now thinks:  “You know something I don’t. I need you to make sure we do this right.”

They are led to the realization that if they missed _____ (undiscovered problem), what else might they have missed? Simply put, it positions you as a trusted partner that needs to be PART of the decision making team.

If you do this right, you will be perceived as having the most viable solution.

“Just by asking questions to expose hidden problems?” you may ask skeptically.

Yes, because the customer believes the one who best understands the problem is the most qualified to solve the problem. Don’t miss that.

When you understand and lead the customer through a process where they examine all of the problems they may encounter, you instantly differentiate yourself from other reps just pitching a solution. You are now an Account Manager or  B2C or B2B sales rep consulting on a problem. And they will believe you are the most qualified to address and solve their business problems.