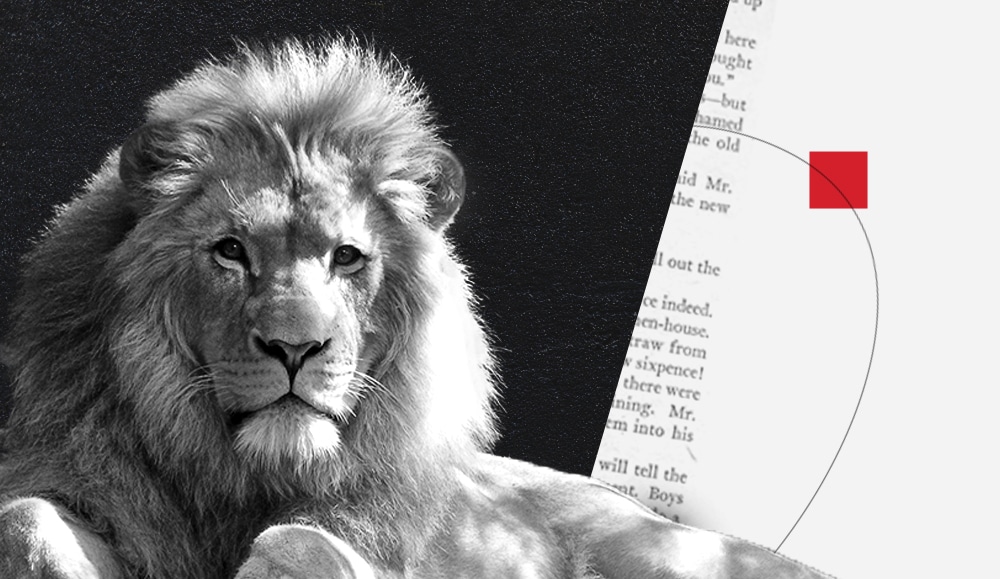 “Where did the name ASLAN come from?”

It’s a common question I hear when meeting a prospective client. “Is it a combination of the founders’ initials or an acronym of our sales methodology?” No, it’s much more than that. The name reveals the deeper purpose of our company.

In December of 1995, I was reading The Chronicles of Narnia written by C.S. Lewis to my two young boys. It’s a series of books set in the mystical land of Narnia that appeals to both children and adults. Much like the Lord of the Rings, the story is filled with deep meaning about good and evil, with creatures foreign to this world. The villain is the white witch and the hero is a lion named Aslan.

If you had to characterize Aslan in one word, it would be servant. Yes, he was the most powerful creature in Narnia but instead of leveraging that power and strength to serve himself, he chose to serve others. I instantly knew that this lion called Aslan captured the essence of what we were about. But I’m getting a little ahead of our story.

The desire to start our company first bloomed when my ASLAN co-founder (Tab Norris) and I decided to test our unique approach to selling. Prior to starting ASLAN in 1996, we were both running a large inside sales organization. Selling and prospecting over the phone was tough and we needed a training program. As we explored all the traditional sales methodologies, we quickly discovered they failed to address the unique challenges of selling over the phone. Worse, the programs perpetuated the adversarial relationship – the root cause of why selling is so difficult. So we decided to build our own program based on what had worked for us individually for years.

We began training hundreds of bright-eyed sales reps with no previous experience. They immediately recognized they were learning a radical approach to selling.

We taught our people to tell the truth and to represent all of the customer’s options – even the ones we don’t offer.

We taught them that the receptivity of the customer is actually more important than the message. If the soil isn’t fertile, the seed (your message) will never germinate.

We preached that our motive as a sale rep is ultimately transparent and if the customer’s needs are put first then our needs will ultimately be met.

We told them to stop pulling the rope and start dropping the rope – to communicate, when early in the sales process, that their product or service may not be a fit. We taught them to ask permission instead of attempting to force the customer to stay on the phone.

We instilled the belief that the best response to an objection is the truth.

We convinced our little freshman class of sales reps that if we can’t articulate the customer’s point of view as well or better than they can, they will never build a foundation to be heard. We also taught them that all assumptions are arrogant.

We taught them to serve more- to care more, to learn more, and to do more.

We simply taught them to be Other-Centered.

Yes, we taught them to be strategic, to build value, and gain commitment, but all these skills were built on a foundation of serving – like Aslan the lion. It’s the heartbeat of our program. It’s what ultimately ensures a sales rep is perceived as a trusted partner versus a manipulator. It’s what ultimately determines if his or her quote is in jeopardy or record setting.

Prospects were far more receptive to a meeting. Decision-makers listened and became receptive to ideas they at one time vehemently opposed. Sales reps were more frequently invited into the inner circle. Customers were more loyal and referrals were plentiful.

But most importantly, this approach dramatically improved our team’s most important relationships, with the people that knew them the best- their spouses, friends, and children. We started hearing stories about how the relational principles taught in our program changed how they related to people outside of work.

We saw a sense of purpose developing as reps no longer thought of themselves as peddlers of products with commission breath but as people helping people solve their business problems.

What happened next surprised us. A large company we represented asked if they could audit our training program. Nervously we agreed. Soon thereafter, we were hired to train their sales team on our radical approach to selling and Other-Centered Selling was born.

A new passion emerged – a passion to carry this message to the marketplace. As I thought about embarking on this new journey, a line from the book captured it well: “Aslan was on the move.”

We wanted to expand our reach to all sales and service people. Leverage what we learned to invest in those that are on the front lines of their companies − the people that have the most impact on a company’s brand, those that reveal the true organizational values.

It’s been over 20 years. We’ve helped hundreds of organizations make a lot of money and that’s very satisfying. But it still doesn’t compare to the emails I receive about the relationships that don’t yield higher commissions but are far more important than success at work. That’s when I’m reminded of the genesis of ASLAN and why we started this journey in 1996. I’m reminded of the lion who put the needs of others before himself.