The Academics of Selling and Women in Sales Leadership 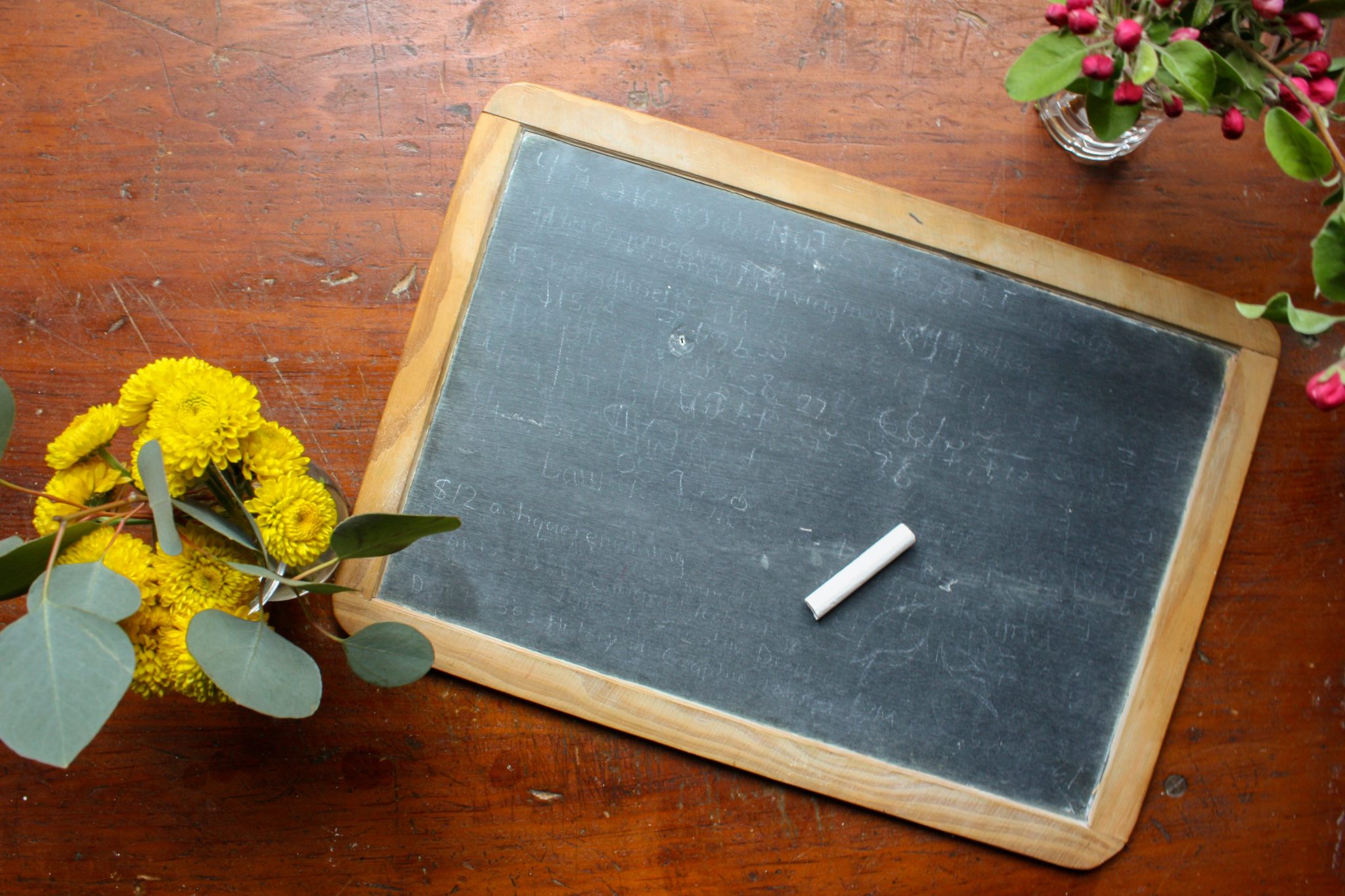 I recently sat down with Stefanie Boyer, a professor at Bryant University, to discuss the academic side of selling, the importance of women in sales leadership roles, and how practice makes perfect in a selling career.

While working on her dissertation for her PhD, Stefanie studied how to train people more effectively in sales. She now teaches selling and sales management at both the graduate and undergraduate levels, and conducts research on sales training effectiveness, self-directed learning, supply chain management, social media, and sales performance improvement.

I hope you enjoy the topics and our discussion as much as I did.

If you’d prefer to take this on-the-go, you can listen to our full conversation on sALES with ASLAN podcast episode 113:

Back when I was entering my college years, I personally don’t remember many schools offering “Sales” as its own major. Many students who eventually ended up in a selling role opted for majors in Psychology, Business, or Communications (like myself).

I asked Dr. Boyer to comment on how Sales has now become a designated major on many college campuses, and what kind of students are choosing to enroll as Sales majors.

Her answer? “Not many.” Dr. Boyer believes it’s because parents are often the ones sending their children to college and weighing in on their decisions. She says, “There’s still this idea that you don’t need a degree to be able to sell, you can do that without education. And that’s absolutely true. But you’re not going to do it as well.”

Dr. Boyer told me she typically sees students come into the university as Marketing or Business majors who take a Sales class and then get hooked. “They realize that they actually are really skilled at selling, and so they go from not being interested or not even having considered sales as a career, to realizing that they’re great at it and/or understanding that most jobs out there are sales related.”

In my opinion, influencing people is part of any profession – so in essence, everyone is a salesperson. Sales is about influence and service, two skills that are critical for any walk of life. Dr. Boyer agreed with me. She told me that exact idea was where her passion for sales came from: “I realized that sales is a fundamental part of life. Whether you’re a doctor, a nurse, a police officer, a lawyer, or a parent trying to get their child to eat vegetables, you need selling skills. And having selling skills also helps you to be a better buyer. You need selling skills every day of your life.”

Dr. Boyer also gave a TEDx Talk on this subject, Learning How to Get What You Want. In it, she tells a story about using elements and fundamentals of the sales process to influence her young son to eat his vegetables. She talks about how putting those sales concepts into practice in daily life is useful for anyone, no matter what their career is or what they’re trying to accomplish.

“So many students end up in sales related jobs, it’s so smart for them to study it in college.”- Dr. Stefanie Boyer

Sales, as a profession, has been around for centuries. But women in sales, and specifically women in sales leadership positions, is a more recent and long overdue development. One of Dr. Boyer’s passions is her involvement in highlighting and elevating women into those important and influential roles. She told me, “That’s a big part of that passion I have for sales. When you teach someone sales, you’re empowering them. You’re empowering them to be a better communicator and to go after, with confidence, the things that they want.”

Dr. Boyer is also the Director of the Northeast Intercollegiate Sales Competition at Bryant University. She is part of organizing sales competitions both nationally and internationally. She told me that most of the semifinalists (over 80%), finalists, and winners are women.

She says women are typically harder on themselves, but when they learn the confidence they need to succeed, they stand head and shoulders above the competition. The sky’s the limit. Growing confidence in their abilities is the key. We need to empower women to take on more leadership roles, especially in the world of sales.

Because the truth is, one of the biggest gaps between men and women in the world of sales is leadership. Women don’t hold nearly as many leadership positions as men do, particularly in sales, compared to other industries. While women hold increasingly more sales jobs, they are underrepresented in leadership positions when compared to their overall presence. According to analysis from LinkedIn, women hold 47% of entry-level sales positions, but only 21% of sales VPs are women.

But this is bound to change. Dr. Boyer informed me that there is research that shows when you have a woman in a director, manager, or leadership role, every rep on the team (men, women, minorities, etc.) performs better. However, when a man is in that leadership role, the men tend to perform better than everyone else. This is extremely interesting, although we don’t necessarily know why this occurs. But researchers have seen a significant difference in the performance of all team members when there is a female sales leader.

Women have a number of qualities that lend themselves to better and more effective leadership, especially in sales.

Research also suggests that companies in which women make up a higher percentage of executive leadership do perform better.

Dr. Boyer is a proponent of adaptability training (improv training), for men and women alike in sales roles. For men, it helps them focus on empathy and listening, and for women, it helps them to develop their confidence and ability to adapt.

In my experience, the words “role play” often get a bad rap in many sales circles. Some people don’t like the idea of faking an interaction. But it really does have a place in developing effective and fulfilled salespeople. Dr. Boyer told me, “Role plays give you confidence. How are you supposed to know, if you’re a student in college who has never had a customer facing role, how to react when the customer pushes back on you? You’ve got to test out those scenarios so that the student at least knows what it’s like to be in that conversation.”

Role play helps students, new sales reps, and even seasoned ones, to realize that sales is a process. It’s not about pitching. It’s not Shark Tank. It’s a nuanced process that requires a certain skill set – and role play can help reps to develop those skills in a safe space.

In her classes, Dr. Boyer uses a new technology she helped create, an AI tool called RNMKRS (“rainmakers”), to conduct mock sales calls and scenarios with her students. Instead of interfacing with her or another student, Dr. Boyer’s students interact with “Alex,” an artificially intelligent customer bot. Once students download the tool onto their phones, “Alex” can listen, adapt, respond, and then give feedback after the “sales call.”

In previous years, Dr. Boyer was able to get students to submit 4 – 6 role plays that she would review at the end of the semester. But now, after creating this AI tool, she often has students doing anywhere from 20 to 80 role plays each semester. She had several students complete more than 100, and one student who completed 350 role plays during one semester. Thanks to this tool and the ability to individually engage in mock sales calls, these students now have a great handle on the sales process.

The feedback from her students has been amazing. They have shared with Dr. Boyer that when they interface with the bot, they feel more comfortable, because they don’t feel like they are being judged (even though they are literally being judged!) The bot, “Alex,” actually gives a score with a readout of the reasons behind the score and how to improve for the next time.

This technology is extremely empowering for students. They are getting so much more training and practice in selling thanks to this new tool. It’s a great supplement to traditional role play scenarios (which they still do in class) and in competitions. But Dr. Boyer is seeing her students ramp up their skills and accelerate so much faster with the help of RNMKRS.

Dr. Boyer and I share the same philosophy and attitude about sales. At ASLAN, we call it being Other-Centered. But really, what it comes down to is this: we are never more fulfilled than when we serve others. That’s the goal of sales, to serve your customer well.

“Selling isn’t about you, it’s about your customer.” – Dr. Stefanie Boyer

Selling is, and should be, about helping people. That’s why an Other-Centered sales approach is so critical. Because you can’t truly help people if you’re focused on your own agenda. If you can truly help your customers, have their best interest in mind, and serve them well, you will be successful.