How to Start a Virtual Conversation (Hint: No One Is Interested In Your Photo Album) 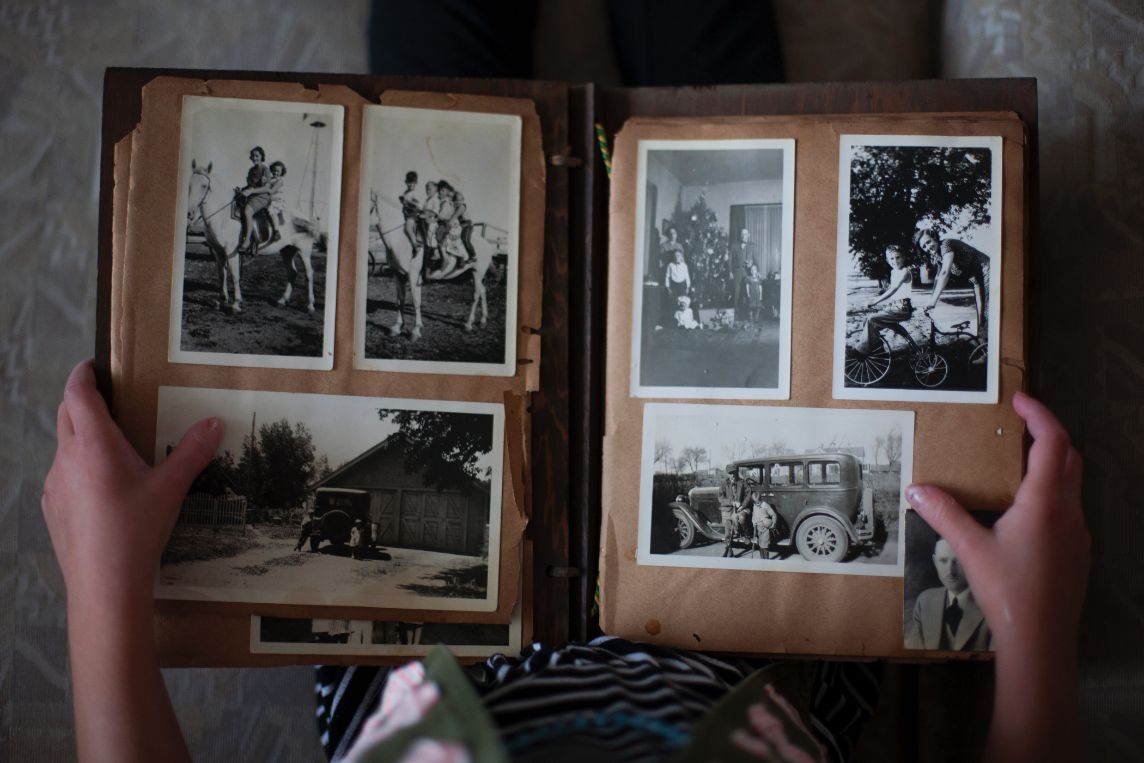 The beginning of any sales relationship is most difficult.  Actually picking up the phone or crafting that first email can be intimidating.  If you have been selling face-to-face over the years, this is even more frightening now that we are all conducting business virtually.  Remember this one thing when you start ANY conversation: no one wants to look at your photo album.

So I have your attention?  Virtual Selling is here to stay and the first step in the process is to open up a conversation, right?  To do that, I’ll be using the photo album analogy to illustrate and get your brain working.

I have a friend who is loved by everyone. Let’s call him Robert. He will probably read this blog (that’s the kind of friend he is), and I don’t want him to get a big head (or offend my other two friends). I’ve seriously never met anyone who has an unkind word to say about him. He’s just one of those people that everyone is drawn to. Whether it’s people he meets in business or socially, everyone loves Robert. And since building relational equity is so critical to influence, I thought it might be instructive to ponder the source of his popularity.

Yes, he is funny, and he has a great personality… but I know several people who are funnier (sorry Robert) and have an equally charming personality, but for some reason, they don’t get the same reaction. They don’t build the same relational equity with such ease and speed. One day I figured out his secret.

Robert never brings out his “photo album” – but he’s extremely interested in seeing yours.

Here’s what I mean. Honestly, how interested are you in seeing pictures of other people’s trips, pets, kids or their new house? You may be happy for them that they got to go on a cool vacation. But honestly, do you really want to look at 50 pictures of their trip to California? Most of us (unless we’re in the picture or planning to go to California ourselves) are just being polite. (Mom, I love you, but I’m really not that interested in seeing pictures of your dog).

The same rules apply to conversations.

In conversation, the focus of every story is either on them or on us. And when the focus is not on us, we struggle to stay tuned in or to keep from interrupting. We’re just biding time, waiting for an opening to shift the conversation back to ourselves.

Can you remember anyone who was genuinely interested in getting to know you? Who asked more than three questions about you? Or didn’t leverage something you said as the perfect segue to bring the focus back to them: “Speaking of Bermuda shorts, I just got back from the Bahamas, and we stayed in the most incredible hotel…?”

Robert wouldn’t have done that. He would have asked several questions about you and been extremely interested in the answer —  it’s the most exciting thing he has heard all day.

Bottom line: the decision-makers you are working with are just like everyone else.

2) pictures of them in your “photo album.”

Whether the “album” they care about is titled “Business” or “The Last Vacation,” they would much rather talk about their “album” than yours. And unlike social functions, they don’t have to fake it.

This is a challenge for a lot of us because we don’t know what to talk about unless we are talking about ourselves or our solution. When leading a workshop, I typically conduct a role play where you can ONLY ask questions about the customer’s business. Pitching your solution is prohibited. When participants can’t deliver their well memorized bill board messages of product features and benefits, most really struggle to maintain dialogue.  We forget about The Golden Talk vs Listening Ratio.

The key to overcoming that challenge is to shift your focus from your “photo album” to theirs. Find out what photo album they’re most interested in and be incredibly fascinated by and inquisitive about every picture you see. When you do, two things will happen.

First, people will be drawn to you. Why? Because our greatest need is to be uniquely valued and understood. No matter how stoic or tough the façade, we all have that same core need. If you are sincerely and genuinely interested in the person you are talking to, it will have a positive impact on the relationship. It’s like the soil and seed analogy we always talk about.  Your message (seed) will never germinate on infertile soil (unreceptive customer).

Second, the Decision-Maker’s level of engagement and the level of disclosure will sky rocket.

Key points to keep in mind:

Second, if you are not genuinely interested in the other person and their “album,” you won’t be able to fake it. Remember, motive is ultimately transparent. Don’t focus on figuring out a technique to feign interest, focus instead on figuring out why you aren’t genuinely interested in the human being sitting across from you. Remember that we easily default into focusing our thoughts on ourselves—it’s normal. So for most of us, simply recognizing that we’ve shifted to a self-centered state is all that is required to care about their “album.”

How do you know what “photo album” they are interested in? If you are asking that question, you’re on the right track. Just being interested in that question will reveal keys to quickly tuning in to what others care about. That being said, here are a few pointers I picked up from Robert:

Except around a few very close friends, put your photo albums up for a while. Spend a few weeks centered on the important pictures that those around you are dying to share. I think you will see a change in relationships, and something else will most likely occur. People will start to ask about your “album.” And when you dust if off and timidly show a few photos, I bet you will discover, to your surprise, there are people who are genuinely interested in knowing your world a bit better.

This entire analogy is intended to help you change your mindset to becoming Other-Centered(R) and resist that gravitational pull to self.  If you want to learn more about how to apply any of this to the new virtual world we live in, download 5 Colossal Challenges of Selling Virtually.