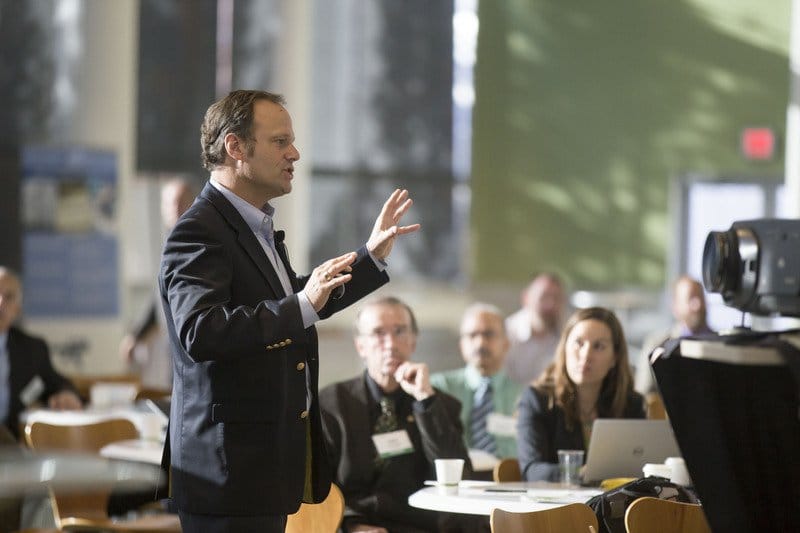 How Do You Attract People’s Attention with Your Presentation Skills?

Dream with me for a second: What if every time you made a crucial point in a presentation or recommended your solution or even spoke up in a meeting, that everybody hung on every single word that you said?

Wouldn’t that be the greatest sales strategy of all time?

Actually, we’ve studied the greatest communicators, whether they’re historical figures, or the best sellers in the world, or the people that have gotten the highest views on TED talks, and we found there’s a model for how they communicate. There’s a flow, and a process, and a framework for the best presentation skills in the world — and I want to share that with you.

The first thing they start with is not their solution or the big idea that they want to share. Instead, they start with the listener’s point of view. By doing that, you grab the attention of your listener right out of the gate. Everybody’s interested in their favorite subject: Themselves. For example, I know that if I show you a picture of you, you’re going to look at it. So that’s essentially what these speakers are doing. They’re beginning by showing you a “picture” of you.

Next, they share a disruptive truth instead of talking about their own solution. They enhance receptivity by sharing something that the customer may not know how to solve their problem best. This disruptive truth always does one very specific, very important thing: It goes against conventional wisdom, and, because it’s not something they know, it gets their attention. It gets them to think about a whole new way of solving the problem.

For example, in the #1 TED talk given by Simon Sinek, he talks about how people don’t buy what you sell. Instead, they buy why you sell it, and that’s an entirely different way to think about selling your solution. It’s very disruptive, making people say, “Hey, that’s something I don’t know.” When you can do that — make people think about what you are saying — you’re effectively engaging with them.

Now we’re to the third thing they share: Their solution (finally). However, they don’t just share the benefits of their solution. Instead, they focus on what’s proprietary about their solution: What is it that they own? You only have a very limited time when you talk about your solution, and it’s important to get to the essentials as quickly as possible. In truth, it may take you days to communicate all the benefits of your solution, but in reality, you may have an hour tops. The result? It would help if you narrowed on what you own now. What do you do uniquely better than everybody else? If you can focus on that, then all of a sudden you’re differentiated from the competition.

If you want people to listen to everything you do and you want to be one of the best communicators in the world, start with their point of view.

Want to learn more about a sales strategy and presentation skills that will increase the receptivity of your sales team?

Check out our Other-Centered Selling for Inside and Field Business Development Reps, where we train your sellers to find and win more opportunities by shifting their way of thinking.