How Bill Murray Negotiates with a 17-Year-Old 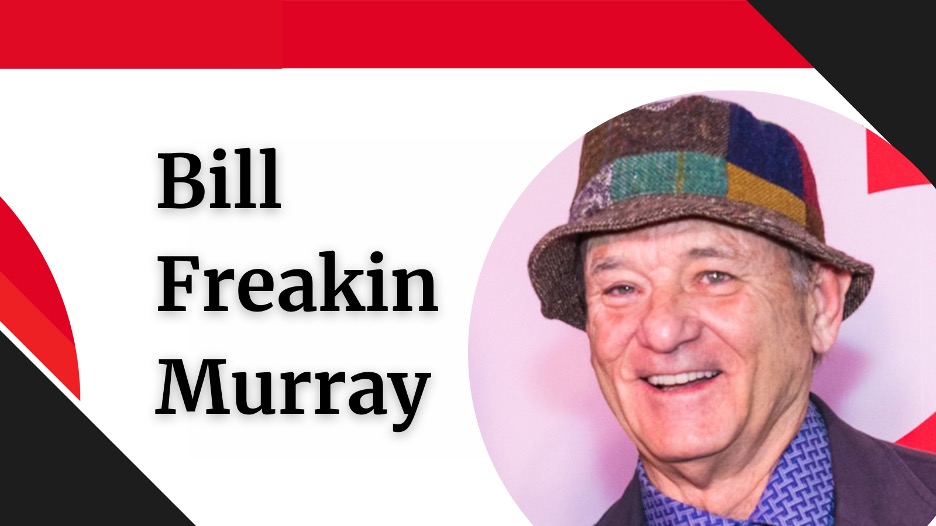 I have a celebrity crush. It started in 8th grade, and has stayed with me ever since. I love Bill Murray. It’s a long-distance relationship and probably (okay, definitely) a bit one-sided, but I am committed.

So when I asked a caddie a few weeks ago (not my club, I was a guest) the question, “Have you ever caddied for someone famous?” and he said, “Yes, Bill Murray,” I dropped my club.

My response was similar to Woody Harrelson in Zombieland: “Bill Freakin’ Murray!”

So what do you ask someone who hung out with Bill Murray for 4.5 hours? “Was he nice? Or “Was he funny?” As my mind whirled, I blurted out, “How much did he tip?”

This is where the story gets interesting and relevant to all of us in sales or leadership.

Bill Murray handed him just a big wad of cash. The caddie told me, “It had to be north of five grand. And then Murray said, ‘Just take what you need.’”

The 17-year-old, who can’t afford a car, trying to earn a few extra bucks to get through the summer, took $200 and gave the wad back to Bill.

I met several other caddies throughout the day and posed the scenario to at least five (they all confirmed the story was true). Their answers were the same. They all said, “$200. That’s what’s fair.” Yes, that is a lot of cash for four hours of lugging a golf bag, but, at that particular club, the average tip was $150. (I decided to go back to the ATM).

Wait. Think about that. A man who made $40 million for his role in The Jungle Book, who could buy the club itself, and still, not one teenager said they would take advantage of a multi-millionaire.

When you think about it, it was a brilliant move.

Sure, Murray may just have been too lazy to worry about it, but regardless of motive, the story reveals a truth about human character and selling.

When you give your “wad of cash” to the customer (i.e., your commission), a new dynamic emerges. The typical seller/customer tug-of-war, where you both instinctually feel the need to protect your self-interest, ends.

When the pressure’s off, people change – for the better.

When selling, receptivity is low. Customers aren’t necessarily rejecting a solution, they are avoiding being sold. So when you “drop the rope” to remove tension, say things (especially early in the sales process) such as:

We eliminate pressure by “dropping the rope.” Instead of customers recoiling from a pressurized sales pitch, the truth takes center stage. The decision-maker stops and considers, “What’s the right thing to do?” You move from adversary to ally.

Trust is the highest form of motivation. And just like Bill Murray, when you trust the customer with your time and your money, in return they will reward you, not only with trust, but an honest assessment of your solution.

To be clear, “dropping the rope” is not a way to avoid difficult conversations. No, the point here is to create an environment where the customer trusts you to lead them to the best solution. You don’t fight or flee. Your objective is to do all that you can to ensure the truth is embraced, not to force an outcome.  In my 30+ years of experience in selling, I almost always get what’s fair.

“Dropping the rope” can feel impossible to salespeople because it means doing something we humans never want to do: relinquish control. But control is just an illusion. Influence starts by communicating the obvious — the customer has all the control. And in doing so, we trade the control that we never had in the first place, for the opportunity to influence.

If you want to learn more about “dropping the rope” and converting unreceptive customers, check out unreceptivebook.com.